The code below will find the sum of all elements in an array.

Let’s break down the pieces.

First, we’re creating a variable named sum to hold the sum of all the values in the array. We’re setting it to 0 because we haven’t found any values yet.

Then we loop through the array and add every element to sum so that at the end sum is holding the value of all elements added together.

And then we return.

With a while loop

The same logic would work with a while loop.

With a for each loop

And it would work with a for each loop as well.

All three of these are doing the same thing. They’re starting with 0 and then adding every element of the array to it. 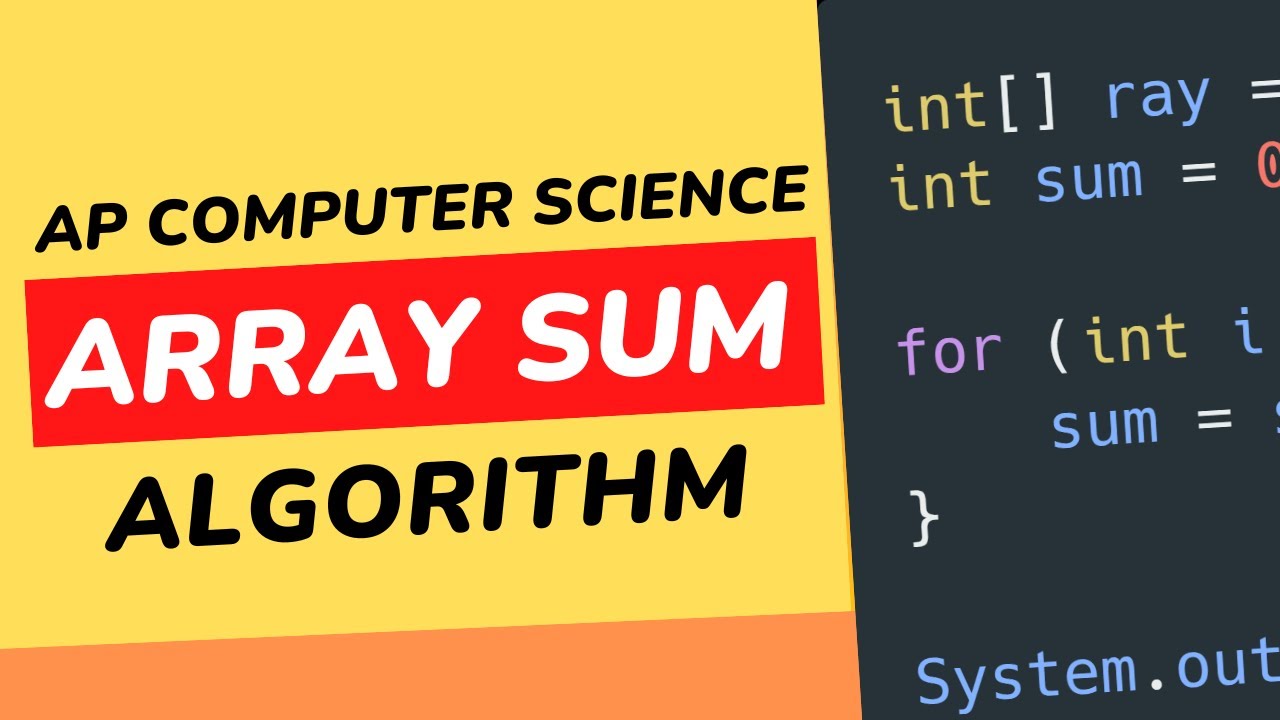